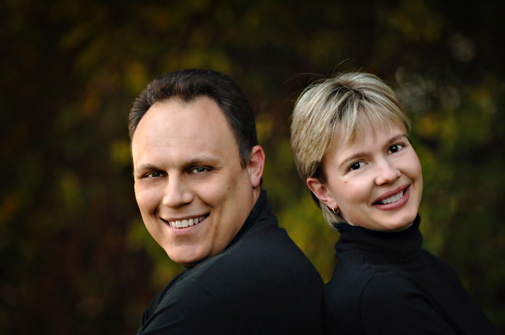 So as you know I hosted the workshop. This was a real blast and a really learned a lot.

I think the workshop was a real success and hope the other photographers also enjoyed it as we did. We are however not happy with the service that Montecasino gave us.

In the beginning they were very helpful with all the arrangements and gave us a lot of time to make payments. We planned this event for more than 1.5 years and completed all their legal documentation that they requested. Montecasino told us that it would be OK to take photos at the venue but we had to tell them where we were going to shoot. It was pretty obvious that we would be taking photos as it is a photographic workshop.

I told our contact person at Montecasino that I could only tell them the morning of the workshop as our speaker would be flying in from the USA and need to have a look at the venue. Sad part is I did that over the phone and don’t have it in black and white. On the morning of the first day, David and I went out to have a look at places we could use. We got back to the cinema where the event was hosted and told the events coordinators where we would like to shoot. They said they would find out and come back to us. 10 minutes later they were back and told us we could not shoot at one of the hotels but the rest was OK.

So when it was time to do the practical shoot we started to move towards the outside area we indicated and shot some images on the way out. We did not disrupt any people as there were hardly any people in the complex at that time of day in the week. All of a sudden the security manager walks up to me and asks me who gave us permission to shoot. I told him we cleared it in the morning and then he told me he did not know of any arrangement and asked me who gave us permission. Then he proceeded to tell us to leave the complex or he would get security to through us out and was very arrogant and unprofessional. This all in front of an international speaker who is one of the top 10 wedding photographers in the world and all the other delegates who were present. We then broke up the shoot and moved outside and regrouped to see what we could do.

They thankfully did allow us to complete the shoot outside at the back of the complex with 2 security guards keeping an eye on us in a close range like we were criminals who would try and carry off something. We also had a night shoot scheduled that was approved by Montecasino in the morning. At 17H:15 I got a SMS, (not even a phone call) from our contact at Montecasino that informed me that our night shoot was cancelled. I phoned the complex manager. She told me there was nothing she would do and will not allow the shoot and that was that.

According to our contract we had the venue till 24h00 on both days. We indicated that we should finish about 17H00 on the second day. David presented a little longer and went a bit over the time. All of a sudden we had people running into the venue who told us we had to get out as they had a movie showing at 17H30. So David had to cut it short and we all had to leave the cinema. This was also very unprofessional in my opinion. The events coordinators were no ware to be found as well.

After some of the first images were posted on the international wedding photography forums people from around the world wanted to know were this place was, they also wanted to visit such a place. It is a real shame that I will tell them to stay away and save your self the embarrassment of being harassed by the security and being threatened. And this after you pay good money and make all the arrangements way in advance. Montecasino is such a stunning venue. It is a pity they make you feel like a criminal. I am not impressed with how they handled this and this in front of an international speaker. This is the image that will go out to the world of how Montecasino treats people. I know we were not the biggest function that made them the most money but people talk. I can not understand the attitude of Montecsino as well, we are promoting them free of charge around the world and this is how they treat us. I will not recommend anybody to use them as this was a very bad experience for me. I wonder if they will treat the 2010 soccer world cup supporters like that as well.

David Beckstead is a super cool person. He is down to earth and very humble about his art. I have learnt so much from this master. I was blown away with his images. His use of composition is so inspiring. He is at a level I wish to be at one day. I am going to be working very hard at it so watch this space. I feel that David has helped us take our images to the next level.

David has 2 amazing woman in his life. His wife Kassandra and his daughter Asia. I do hope they enjoy the rest of their stay in South Africa.

Here are some out take images.

Some of us in action and having fun.

Anyway we did get some images. I did not shoot a lot as I was busy fighting with security people and holding the video camera 😉

« Well we are all pumped up and ready to go !!!! Behind the scenes at the workshop. »

Cathy Heaton - Very nice!! I am sorry you had such a bad time with Montecasino – sounds VERY unprofessional!! I know someone planning a function there and will be sure to warn them!

Jaco - Thanks Cathy. I have some more shoots planned so let me know if you would be interested. It is going to be cool what I have in mind. Not letting the cat out of the bag yet 😉November 9, 2007 – 10:08 pm